Stepping up to the Box

Sometimes you just KNOW it is going to be a good day.

It has been a very different approach I’ve taken to racing this year; from the late start, to racing only once a weekend, and to relishing riding from the back and working my way forward.  It HAS been fun and I have been able to race very well even without ever getting to the front of a race. BUT, that no longer felt like it was enough. My strength and fitness have grown and I have seen that I can be and should be with the leaders. This weekend, that was the goal: To race with the leaders.

Saturday November 4th was Swashbuckler Race at the Pennsylvania Renaissance Faire; a race that I have always enjoyed and that has a good mix of challenges. I FINALLY had a front row start and blasted off from the gun straight into the leaders position where I remained for the first lap and a half (goal achieved!) until I slid out in a corner. From that point I chased back onto the lead group but was soon dispatched by Kevin Justice, Robert Reuther and Kelly Cline and left battling with Mike Stevens and Marty Mrugal. The three of us fought hard until I dropped them and went after Kelly. I closed to within about 8 seconds of Kelly but could not quite get there. I finished a strong 4th, one step away from the podium boxes.

I had not raced both days of a weekend this season as I just didn’t want to. But this weekend was different: I WANTED to race again. So on Sunday November 5th I went to Stoudt’s Race. This course is always challenging with plenty of climbing, several technical sections and a challenging (to me) wooded “mountain bike” section that always seems to be muddy and slippery. There were more racers and a deeper pool of competition at the event so it would be interesting.

I snuck into a front row position today and at the gun went off fast settling in behind Kelly Cline as we made the first climb. Through the opening minutes I rode with the leaders but soon Kevin Justice attacked off the front and rode away. Kelly and Robert Reuther pursued him leaving me and the others to chase. 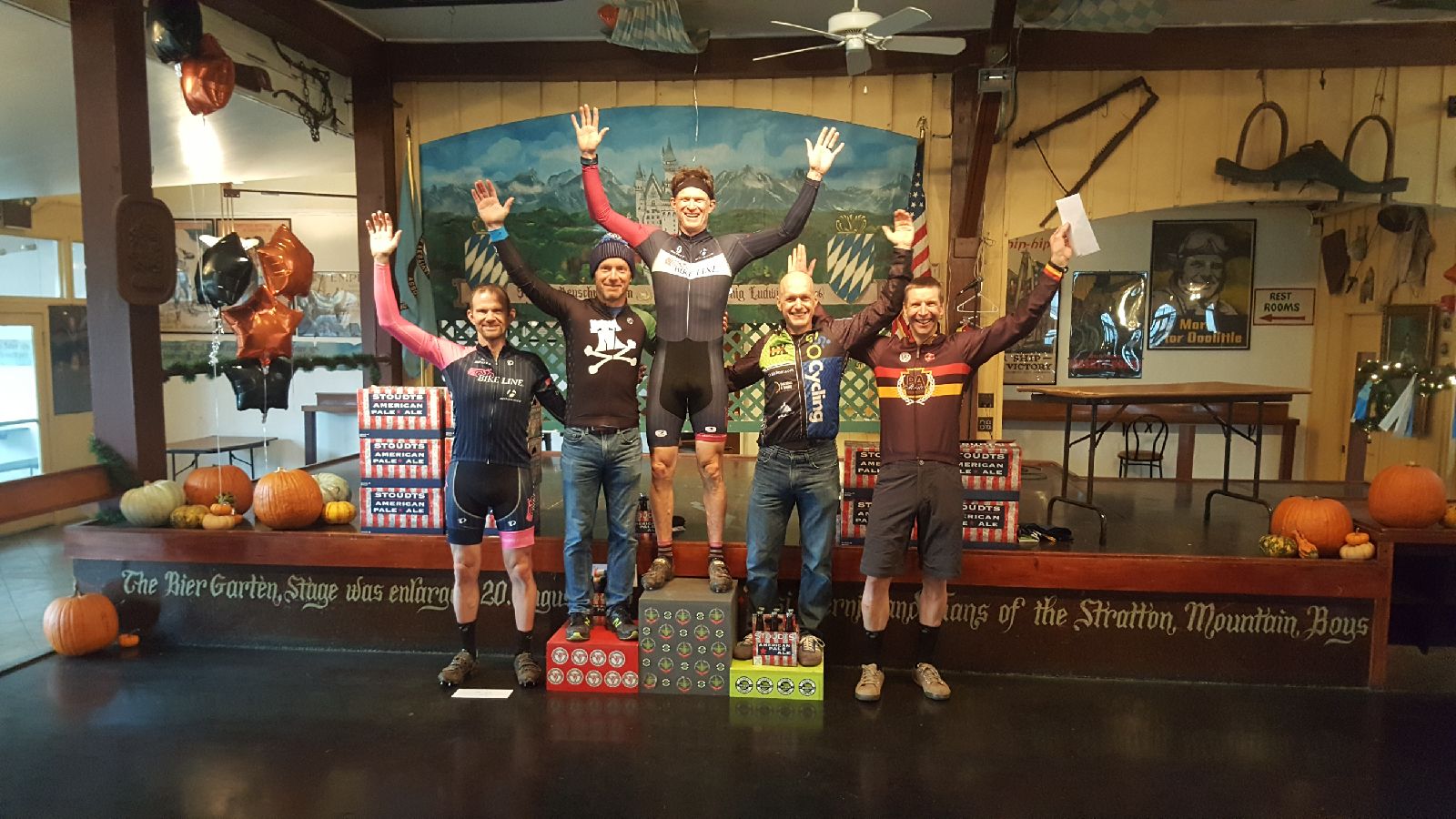 As the second lap began, Robert flatted a tire and lost pace with Mike Stevens, Ben Anemone and myself chasing after Kelly and Kevin (who continued to motor away).  As the race strung out Mike and I battled back and forth with Kelly up ahead and Marty Mrugal trying to catch us from behind.  Eventually I dropped Mike and I went after Kelly alone and on this day I made the catch. Kelly and I would battle back and forth for the final lap and a half as neither could drop the other. Kelly got around me in the closing minute and opened up his sprint first and with the finish straight too short I just couldn’t get around him. He outfoxed me taking 2nd place but my 3rd place put me ON the podium boxes for the first time this year.

This season has gone very well. I’ve had fun, been able to push my limits and even learned a little bit more about how to race. It is rewarding to see my progress and feel I have EARNED my place back at the front of the race. I reached this weekend’s goal of racing at the front and due to my hard work, I also found the podium.